01RULES
02SETTING
03FAQ
04POWERS
05APPLICATIONS
06CLAIMS LIST
07PLOTTERS
08WANTED ADS
09ADVERTISEMENT
10DISCORD CHAT
QUICK NAVIGATION
WE'RE LIKE EVERYONE ELSE, ONLY... SUPER
ONLY
SUPER
Metahumans were the best kept secret in the world, until the Event. When a biochemical attack is launched upon major population centres around the world millions of latent metahumans discover their abilities. With a wave of metacrime sweeping the globe, the US Government launches its response.
Welcome to Only Super, a world where god-like beings masquerade in human flesh and the word "hero" is just a job description. 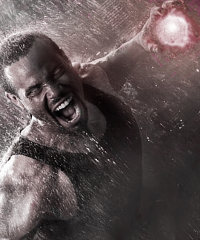 SHAPES IN THE SHADOWS
In the aftermath of the attacks there was confusion, terror, anger and many other reactions besides. People wanted to know who had done it, and more, they wanted to know why. That answer was not forthcoming however. The authorities were stumped, there seemed to be no real pattern linking the sites of the attacks. Nothing about the locations, the businesses or the individuals seemed to make sense. At least not to most of the authorities. A handful of individuals, both within the government and outside of it, understood the pattern. To them it was clear as day, this was an assault that could not be tolerated. Shadowy forces move behind the veils of the world, and a mighty one had now been awoken. It would not do to show their hand however, and so influence was exerted. Nothing direct of course, but a gentle prod here, a suggestion there.

Before long their messages had filtered down through the Hero Program, almost to street level. Before long everyone was looking for the group responsible. They had issued no declarative statements, taken no credit for the attacks, but everyone knew now they were looking for one organisation. With so many people determined to take revenge, they wouldn’t remain in the shadows for long. A number of the attackers had been arrested in the aftermath of the attacks, they were all in specialised holding cells, one under heavy sedation. It wouldn’t be possible to interrogate him, but enough of them were conscious that the Police could interrogate them. Hints came out, names, locations. Not all of these hints remained with the Police. There are always leaks.


where credit is due

Skin by Pharaoh Leap, Graphic art/editing by REBEL, lead plot by the staff of ONLY SUPER. Theft of this skin's code, the site's writing, or any characters or plots is theft of intellectual property.